Music by Paul Gordon and Jay Gruska
Book and Lyrics by Paul Gordon
An updated version of the Oscar Wilde Classic set in 1965 in the heart of Carnabey Street.  In the midst of a London buzzing with mod fashion, new music, and evolving ideas of morality, handsome, witty young friends Jack Worthing and Algernon Moncrieff each find themselves adopting the pseudonym 'Ernest' for various complicated reasons. When the two women they court both confess to loving the name as much as the man and all four unexpectedly meet at Worthing’s country home under the disapproving eye of Lady Bracknell, one of theatre's most sharp-tongued dowagers, a wild comedy of romance and mistaken identities ensues. "Purists of the original classic will be scandalized, but don't let that stop you from seeing this effervescence musical, which is filled with the verve and buoyancy of 1965 London”.  – Talkin’ Broadway 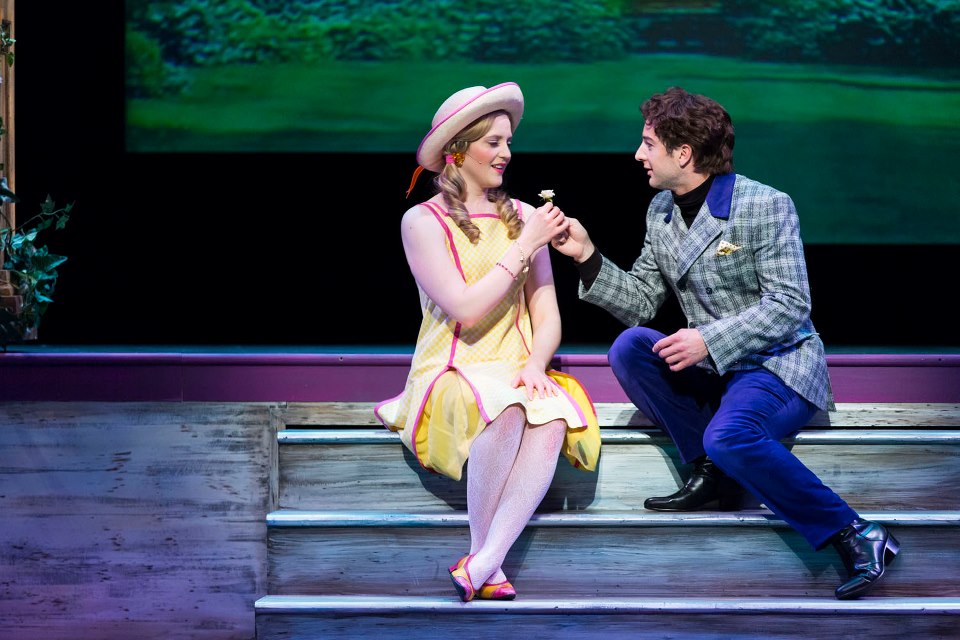 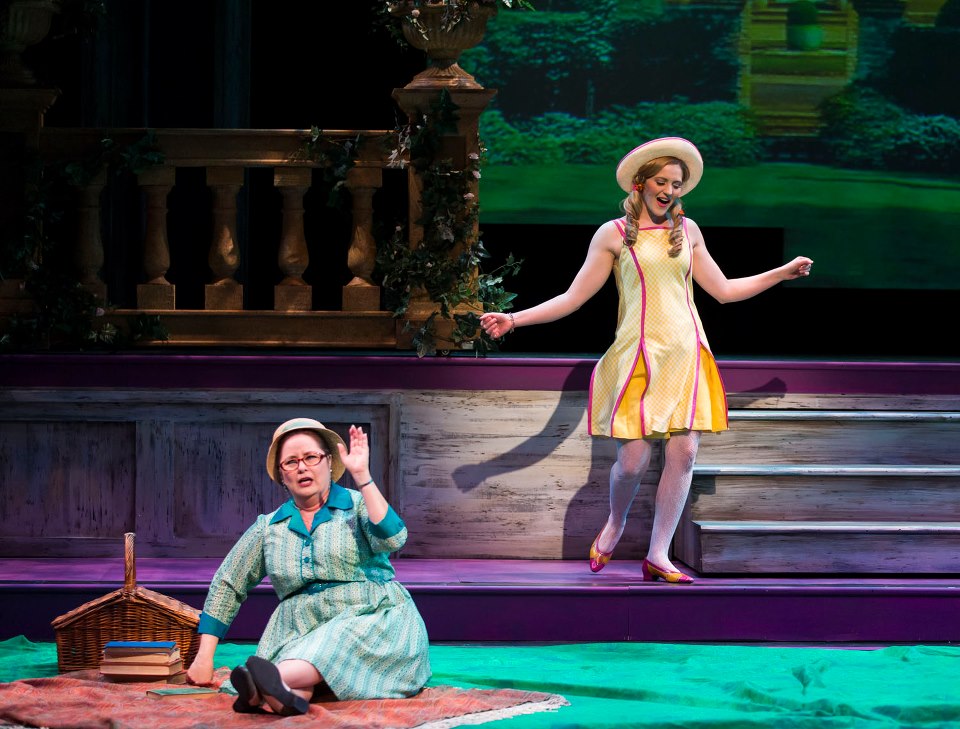 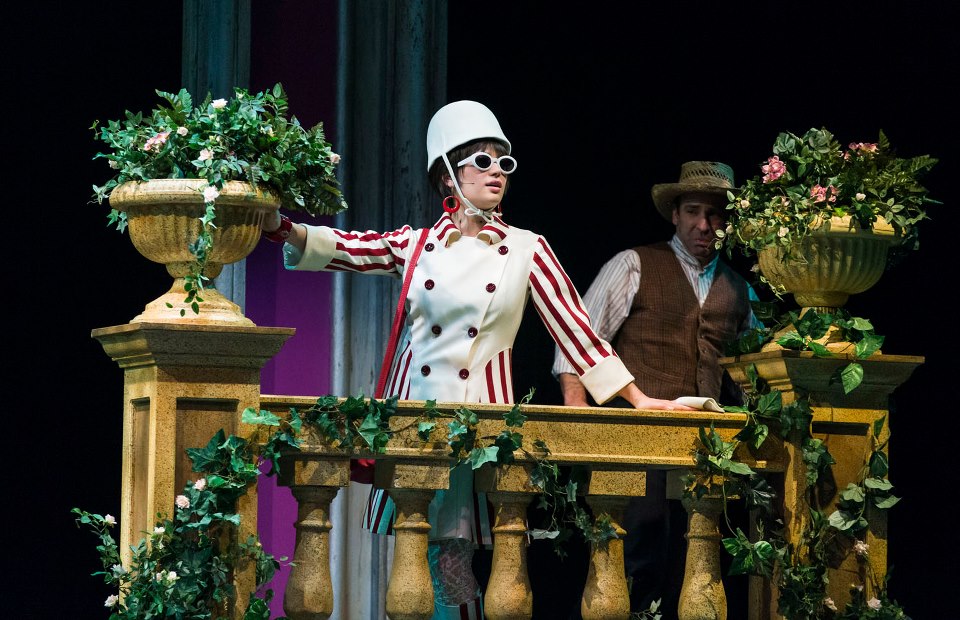 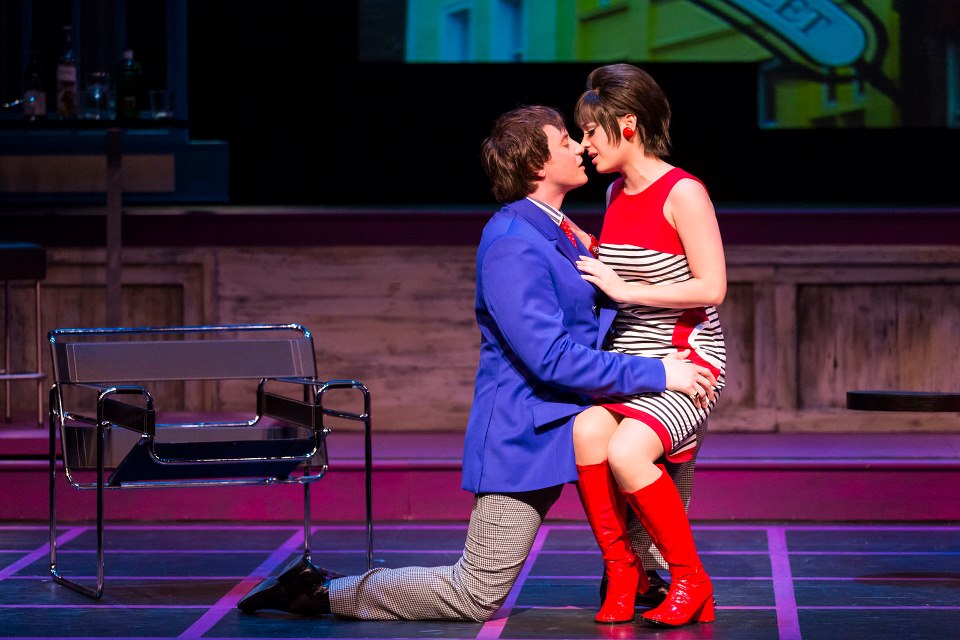 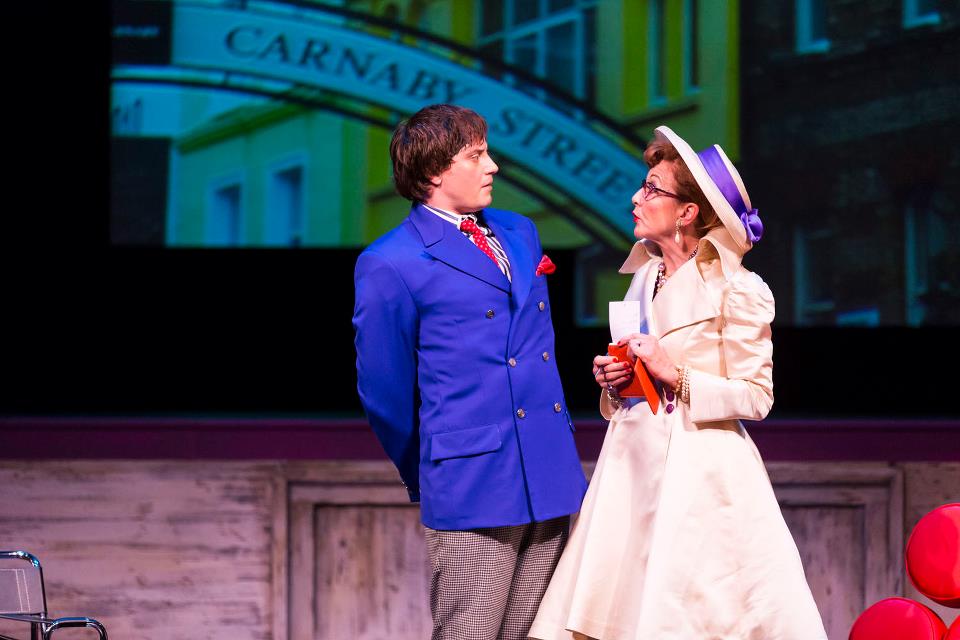 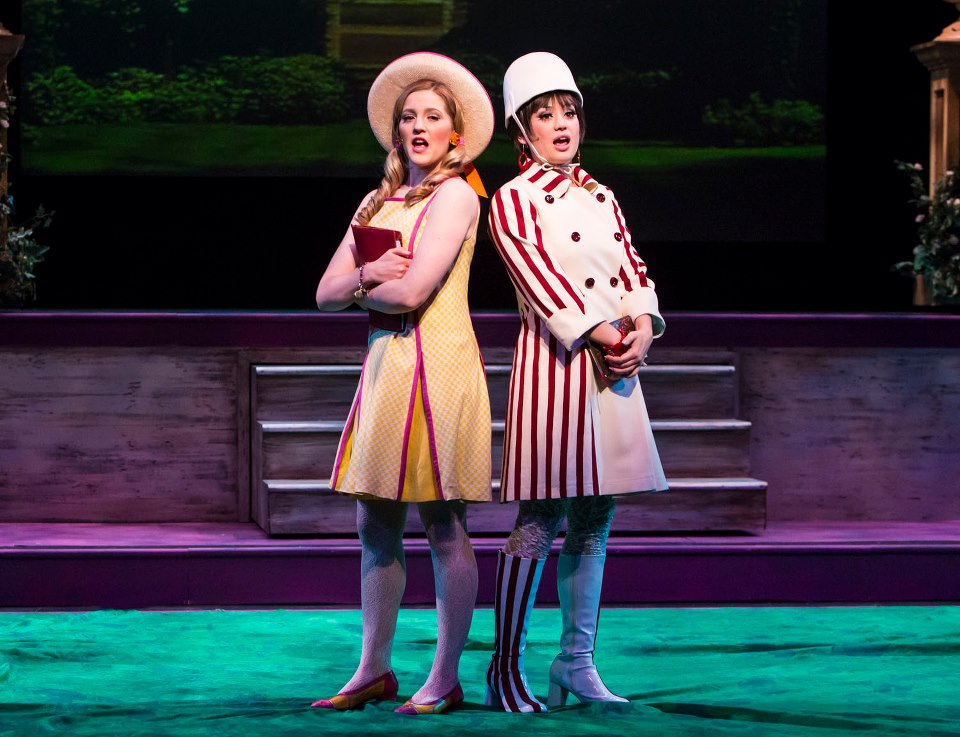 “Purists of the original classic will be scandalized, but don't let that stop you from seeing this effervescence musical, which is filled with the verve and buoyancy of 1965 London”.  – Talkin’ Broadway

“Start with the wit of Oscar Wilde, blend in an Austin Powers palette and an effervescent musical score and you get “Being Earnest,” the exuberant new musical making its world premiere at TheatreWorks in Mountain View.  Composers, lyricists and adapters Paul Gordon and Jay Gruska have crafted a bright and tuneful confection, seamlessly blending the mod mode of Carnaby Street in the 1960s with the delicious drawing-room repartee of Wilde’s turn of the 20th-century classic.” – San Francisco Examiner

“Composer-lyricist Paul Gordon and Grammy and Emmy-nominated composer Jay Gruska have concocted an update of the venerable comic masterpiece.  Setting the story in 1965 London, with the backdrop of mod fashion, rock music and shifting morality, Gordon and Gruska wisely keep a significant percentage of Wilde's original dialogue, yet manage to augment and enhance it with delightful songs.  You may want to see this one more than once before it takes Broadway by storm.  It's great fun, and great humor, and adds up to a terrific evening” --  Mountain View Voice

“There's no denying the verve and buoyancy of this circa-1965 ‘Earnest’… A jolly good show”. – San Jose Mercury News

“This new take on Oscar Wilde’s The Importance of Being Earnest works remarkably well. The script is sufficiently loyal to the original text so as not to offend purists while introducing enough new material so as serve the spirit of the work.  One imagines Oscar Wilde smirking with approval”. -- StarkInSider

​“Composers Paul Gordon and Jay Gruska’s songs are effective, relying on sharp and gentle harmonies and lyrics that fall stylistically into the comedy of manners genre. The songs definitely had an understated, yet dazzling quality to them.” – Bay Area Plays

“There are actual ear-worm songs in this show, which doesn't happen as much in modern musicals as it did during earlier eras. There is a melody form used in three songs -- "No Romance," "Brothers" and "Brothers Reprise" that kept playing in my brain radio for hours after the show, and I loved every moment of it…   Hat's off to Gordon for the brilliant book and lyrics.” --  Triviana.com

“Being Earnest has an airy book, an amiable pop score with clever lyrics and spunky timing”. – Theatre Notes

“The two (composers) flawlessly integrate their catchy tunes with Wilde’s script.” – Broadwayworld.com
​
“The songs are breezy and toe-tapping and often very successful at advancing the plot. The beauty in the songs also help give this a more mass appeal, reaching a larger audience then even the source material could”.  -- Examiner.com