Book by John Caird
​Music and Lyrics by Paul Gordon
JANE EYRE was nominated for 5 Tony Awards including Best Musical, Best Book and Best Score. Marla Schaffel won the 2001 Drama Desk Award for Most Outstanding Actress in a Musical. Jane Eyre has gone on to have productions all over the world including two First Class productions in Tokyo. The musical is currently being revised as a small chamber version and will be re-licensed by Music Theatre International in 2019. 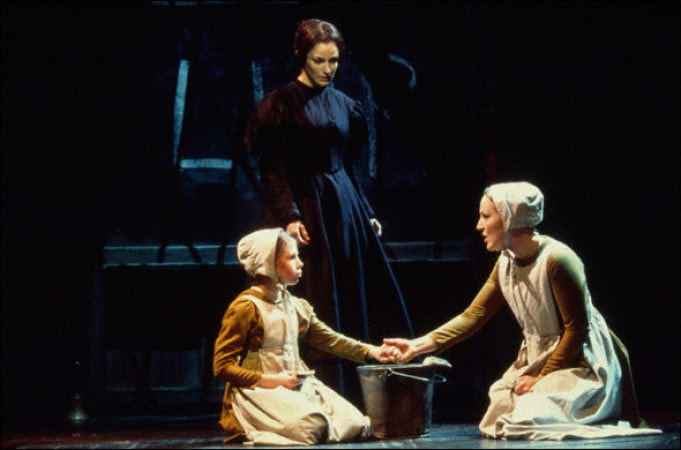 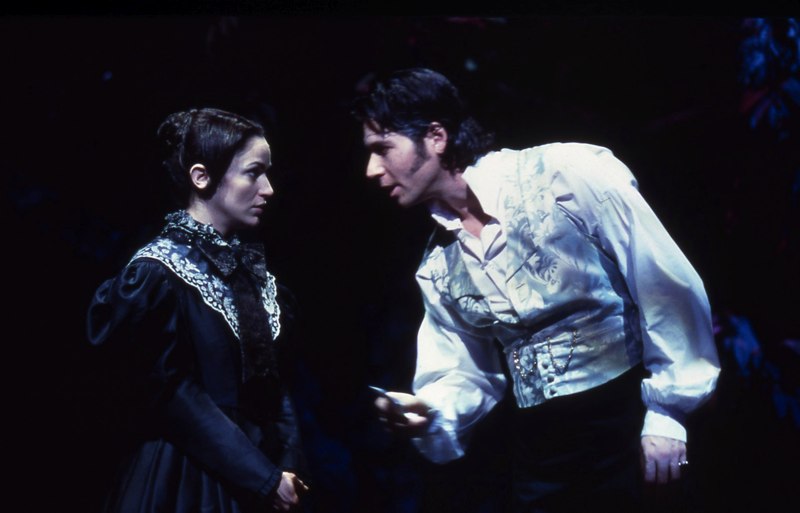 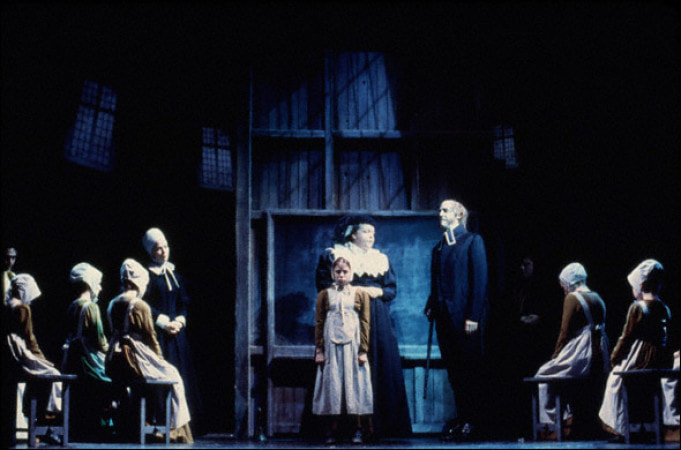 "Jane Eyre," the new show by John Caird and Paul Gordon that just opened at the Brooks Atkinson Theatre, delivers the biggest thrill of any Broadway musical this season. Standing out from a crowd of arch, overblown shows that cater to the lowest common denominator with unveiled cynicism, "Jane Eyre," like its heroine, shines with rare sensibility. This is a musical for grownups: spare, somber and rich, with an absorbing story, a lyrical score and an exhilarating performance by its star, Marla Schaffel.  In an era of big, dumb musicals that insist on connecting all the dots, "Jane Eyre" does the unexpected: It trusts our intelligence.”  -- Wall Street Journal

Jane Eyre, which opened yesterday afternoon at the Brooks Atkinson theatre, has been brought to the stage as a musical of majestic grace and more than a little grandeur. A successful dramatic interpretation of the ever-popular novel by Charlotte Bronte, Jane is also blessed with a luxuriant score, haunting and memorable music, and crisp, intelligent lyrics which speak from the very heart of this tragic and romantic story. John Caird, who wrote the book, and Paul Gordon, who wrote the music and lyrics, have come up with a major contender come Spring’s award time.  -- Talkin’ Broadway

Rarely does a soundtrack to a Broadway musical make its way into the review cue at Tracksounds, yet Sony Classical’s release of the hit Broadway musical adaptation of Jane Eyre, begs to be reviewed. Jane Eyre: The Musical opened on December 3, 2000 at the Brooks Atktinson Theatre to positive reviews and no small contributor to such reviews is the music. While there are few purely instrumental moments, the music and lyrics alike are astounding and become as addictive as some of my favorite film scores. The musical’s composer, Paul Gordon, provides a sumptuous listening experience on every level, but most clearly in the memorable melodies and detailed lyrics. -- Tracksounds Magazine

Jane Eyre can stand proud.  It burns with passion and grace.   -- Journal News

“Jane Eyre triumphantly makes the leap from the novel to the stage! This is a musical that sparkles and sings. Paul Gordon’s score is richly textured and superbly performed.
-- New York Daily News

"Musical Magic! Jane eyre is brilliant! This fairytale of love and suspense, a sweeping story with universal and timeless themes, grips from the start. A brilliantly staged production that has the cohesion and clout to move an audience in the manner of Les Miserables. The motors of pace and passion run at full throttle throughout with maximum impact and minimum waste."  -- Toronto Star

​"Passion is in the Eyre!  A drama of extraordinary love fires a new musical"
-- McCleans

"Thrilling from start to the tearful, triumphant ending. I'm still shivering.  Charlotte Bronte would have been proud!"  -- DFRB